According to a report published by entertainment news site TMZ, Steven Adler – best known as the former drummer for Guns N’ Roses – has been rushed to hospital with self-inflicted stab wounds.

TMZ‘s sources have informed them that the emergency services were called by someone at Adler‘s home in Los Angeles at 6:30AM local time on Thursday (June 27th 2019), and that upon their arrival, police and paramedics found Adler to be suffering from a stab wound to the stomach. 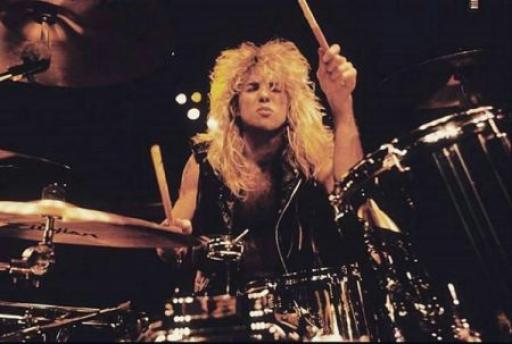 Though the circumstances that unfolded are unclear at this time, there have been no other reported injuries.

Adler is reportedly in the local hospital in a non-threatening state and is currently recovering.

More details will be confirmed as the story develops.

Their main stage headline slot at Download Festival this summer is impending, but it seems like Guns N’ Roses have something else pretty big up their sleeves that they’re teasing and plan to announce later this week relating to their critically-acclaimed classic, ‘Appetite For Destruction’. Read More

Why did your favourite band pick up a guitar and start playing? Who moulded them into the band they are today? Who do they look up to now? We’re setting out to answer these questions by talking Read More

After just the first date of their long thought to be a mere fantasy reunion, Guns N’ Roses frontman Axl Rose has broken his foot. The band’s first show with their almost full original line-up, Read More

Wow! What a hell of a week it’s been for Download Festival announcements, confirming their full weekend of main stage headliners across the space of five days with the culmination of naming rock legends Guns Read More

NEWS: PVRIS annonuce details of ‘Use Me’ livestream!