After the alarming news released yesterday regarding the child sex charges put forward against Ian Watkins, former singer of Welsh rock outfit Lostprophets, the band’s tour manager George Davison has now released his own statement. You can read Davison‘s statement in full below: 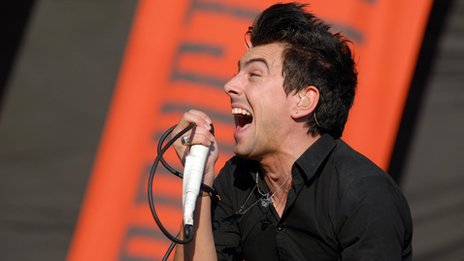 “YOU THINK YOU KNOW SOMEONE BUT YOU REALLY DON’T. From 2001 – 2012 you trust in a person amongst a group of great people and the day comes when you are shown the true nature of a person. It’s easy to just to brush away and try to forget the last 12 years of knowing Ian. That’s not going to happen to me or for the others that thought we knew him. We lived and breathed the same space together intensely for a long time and I would have NEVER predicted that this would have happened. We rode the wave of success together, all of us coming from humble backgrounds to flying around the world together. All experiencing the rush of seeing exotic places for the first time, meeting your rock ‘n’ roll heroes, relentless touring, marriages, births and deaths together. It’s a bond that for some is a fleeting, transient experience. Jumping from one band to another. For me it wasn’t like that, at least with Lostprophets it was never like that for me.

I will never forget my times with this band. The Good, the Bad and now this the Ugly. The Ugly truth that Ian let us all down, his family, band mates, friends and fans across the world. I feel right now so angry, astonished and pissed off with him for what he did. I feel so sorry for his victims, the children he abused. I only hope those children can grow up without the taint of what he did to them clouding their futures. I would never attempt to excuse anything he did as I firmly believe he made his choices and now he will pay for them. Do I feel sorry for the accused woman and Ian? Right now, I don’t feel sorry for them at all. They were all complicit in allowing these horrific acts to happen. I don’t care how many drugs you have taken, there is no excuse or reason for even contemplating, let alone carrying out what they did to those children. These people are sick and need help. I believe in the idea of forgiveness, and the goodness in people. It’s impossible to see any good in this situation except for fact that they where caught and therefore won’t abuse those children anymore. It’s hard to forgive them for this. Wether you knew him personally or just reading about this for the first time. How can you forgive someone for these crimes against the very innocent.

My thoughts also keep going to his family and band mates. The future for all of them will be forever tarred with the memory of this betrayal. The fans will move on, taking down their posters, throwing out their LP albums and looking for the next rock saviour to admire. For his family and band, it will be with them forever. My heart goes out to them all and their families. Lest we forget all those people come from a tight knit, proud and loving place. For them the shame will be something they will have to live with until they die. I however refuse to forget the great people, the great times and experiences I had with Lostprophets. The way they and their families welcomed me into their lives to help facilitate their dreams of becoming rock stars. Something they achieved where so many others had failed. It’s something that can never be taken away from them. True the band is done, finished. Life goes on though. Everyone involved in Ian will move on, but today with a very heavy heart.

I will never forget these events until the day I die. It’s been an emotional day for me. Who would have ever thought it would have ended up like this!!!!!!F**K!!!!”

For those unaware of the events that unfolding regarding the hearing held for Watkins at Cardiff Crown Court yesterday can be read here. A sentence for his crimes will be made on December 18th 2013.

Date: November 10th, 2012 Venue: Alexandra Palace, London Website: www.vanswarpedtouruk.com Facebook: www.facebook.com/warpedtour Twitter: www.twitter.com/vanswarpedtour Rating: Year after year, the Vans Warped Tour that dominates the US taunts us from across the pond, with its fantastic Read More

Welsh rockers Lostprophets have released the video for their track ‘Jesus Walks’. Check it out below. Tony Bliss

Welsh rockers Lostprophets have revealed the official artwork for their upcoming fifth full-length album, ‘Weapons’, released on April 2nd 2012 through Visible Noise Records. The artwork and tracklisting for the record can be found below: Read More

NEWS: Ashnikko & Employed To Serve team up on ‘Cry’!