Due a lot of suspicious activity online from all parties in question, it is being highly rumoured and speculated that Georgia based R&Bcore outfit Issues have, for one reason or another, parted ways with vocalist, Michael Bohn.

Suspicions of his stepping down from the collective seem to have began when the band began posting photo footage of them in the studio, working on their third album and follow-up to 2016’s ‘Headspace’. Strangely, across all of the photos, each member is pictured at least once expect for Bohn.

Photographer Johann Arteaga Ramos also shared a tweet (which has since been deleted) stating he was documenting the band whilst they worked in the studio on their new record, mentioning every member aside from Bohn. 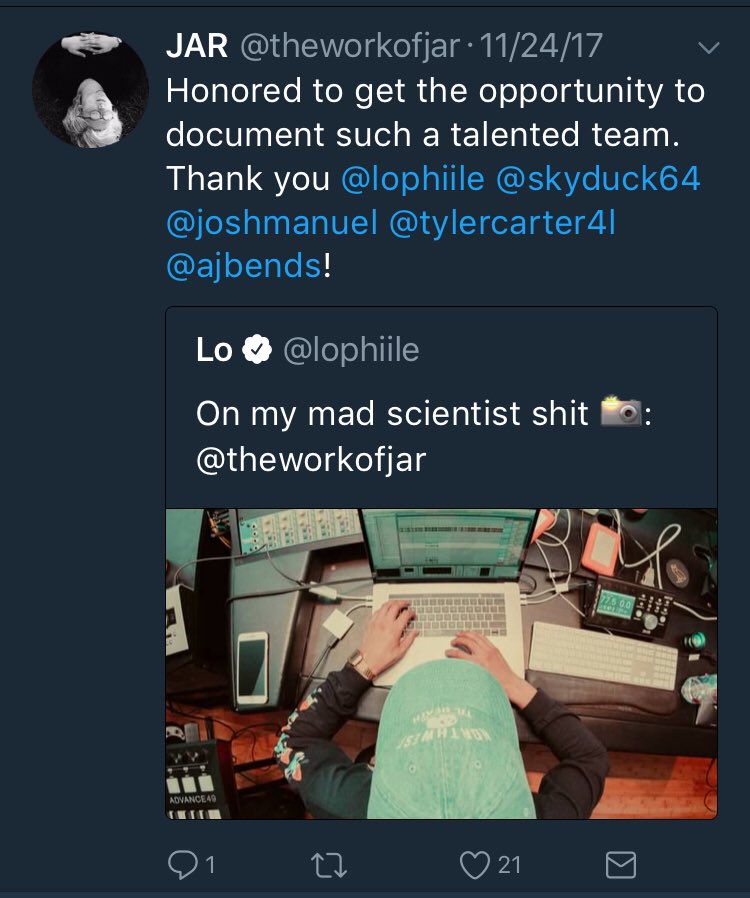 Though there hasn’t been an official statement or response yet from any involved parties regarding these rumours, Bohn has posted cryptic tweets alluding to his removal from the group, and also responded to fans asking him of his current position in the band via Twitter with vague responses.

This album has been getting me through a lot the last few weeks! This band inspires me so much! pic.twitter.com/B95safFv06

Ahh cause you left Issues?

You’re still in issues though right??

I feel so betrayed and lost its nauseating to think about!

More details surrounding Bohn‘s official position in the band, or if he has indeed parted ways with Issues, along with progress on their third album, will be confirmed as it develops.

Following the departure of co-vocalist Mike Bohn from Issues, who handled almost all screamed/unclean vocal duties for the band since their inception back in 2012, there has been a lot of uncertainty and apprehension with their fans suspecting they’ll be taking a more pop-driven route. Read More

It’s been over a year since now ex-vocalist Michael Bohn was removed from Issues, and more recently, the band have dropped a new song called ‘Tapping Out’, their first material without him in the line-up. Read More

Georgia based R&Bcore outfit Issues have just unveiled a video to accompany their song ‘Home Soon’, the latest choice of single to be cut and lifted from their 2016 full-length output, ‘Headspace’. Zach RedrupFounder & Read More

Metalcore superstars to be Issues have just announced details of what will be their first acoustic EP, ‘Diamond Dreams’, which will feature tuned-down reimaginings of a batch of their tracks. Though a release date is Read More

Whilst at this year’s The AMPAs celebration in Ohio last night, rising alt rockers PVRIS performed their hit ‘My House’ live with a special guest appearance from Issues frontman, Tyler Carter. You can watch the Read More

NEWS: Off With Their Heads and more join Manchester Punk Festival 2020!