It is being reported that Scott Hutchison, lead vocalist and guitarist of Scottish indie rock band Frightened Rabbit, has gone missing. The news of his disappearance came to light yesterday (May 9th 2018), and has not been since he left the Dakota Hotel in South Queensferry at 1:00AM that morning.

His family reported him missing and police in the city are appealing for information on his whereabouts. He is described as white, 6ft tall with a stocky build, dark hair and a thick beard, and was last seen wearing a dark baseball cap, navy blue hooded jacket, grey or khaki trousers and white trainers.

According to reports, it’s said that Hutchison left the hotel where he was last sighted without his mobile phone to contact, and a few hours tweeted two concerning messages from his personal Twitter account.

Be so good to everyone you love. It’s not a given. I’m so annoyed that it’s not. I didn’t live by that standard and it kills me. Please, hug your loved ones.

I’m away now. Thanks.

The local police have released an image from CCTV footage from his last known sighting, taken in the reception of the Dakota Hotel. 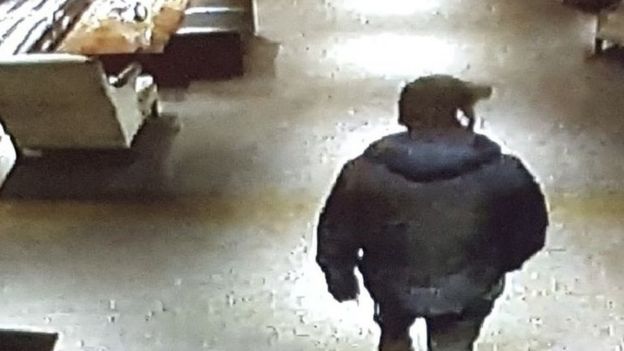 Since his disappearance, the band have issued a statement from their official account, urging for anyone with any information as to his whereabouts to come forward.

We are worried about Scott, who has been missing for a little while now. He may be in a fragile state and may not be making the best decisions for himself right now. Please could Scott or anyone with any information on his whereabouts please contact Police Scotland (101).

We have no news to report on Scott’s whereabouts this morning. Your support so far has been incredible and all we ask is you keep him in your thoughts, keep an eye out and keep sharing his picture online. Thanks for everything. Your kindness and positivity is keeping us going G

Along with this, his fellow bandmate and brother, Grant Hutchison, has asked for further help and assistance in locating Scott.

Has anyone seen my brother/bandmate/best friend? He’s in a very fragile state and has been missing since last night and we’re all incredibly worried. He was in a hotel in South Queensferry and hasn’t been seen or heard from since 1am. Please repost and share and get in touch if you have any info. His phone is with the police. If somehow you are reading this Scott then can you just let someone know you’re safe please? We love you very much x

The latest statement issued from Police Scotland reads as follows:

“It has since been established that Scott, lead singer of indie rock band, Frightened Rabbit, left the Dakota Hotel in South Queensferry at 1am on Wednesday and set off on foot.

Officers are keeping an open mind as to Scott’s direction of travel, however, particular focus is being given to the South Queensferry area, Forth Road Bridge and Fife.

Anyone who can assist with this ongoing inquiry is asked to come forward. Significant CCTV analysis has been undertaken and police have identified two people who were seen crossing the footpath of the Forth Road Bridge around 1.10am.

These individuals may have seen Scott, or known the direction he traveled, and they are urged to contact police immediately.”

Anyone with any information regarding Scott Hutchison‘s whereabouts are urged to contact the authorities by calling 101.

We here at DEAD PRESS! wish Scott a safe and prompt return.

Alternative rockers Frightened Rabbit have just unveiled a music video for their latest single release, ‘State Hospital’. Check it out below: Zach RedrupFounder & Editor for DEAD PRESS! | Atheist and antitheist. | Judge of the Read More

In the search for his whereabouts following his disappearance, which was reported to local authorities earlier this week, it has been confirmed that Frightened Rabbit frontman Scott Hutchison has tragically passed away, with his body being discovered earlier today by Scotland Police. Read More

Scottish rockers Frightened Rabbit have just released a brand new music video for ‘Backyard Skulls’, the title-track from their forthcoming EP. You can stream and watch the full video below: Zach RedrupFounder & Editor for Read More

Having already announced a shed-load of bands to gear us all up for the festival, and an already confirmed headline slot from both Enter Shikari and At The Drive-In, the organisers of this year’s 2000 Trees Festival aren’t done yet. Read More

The annual music festival 2000 Trees Festival have announced another headliner onto their 2011 line-up. Scottish rock act Frightened Rabbit will be headlining the main stage during the festival weekend, with Straight Lines, Devil Sold Read More

VIDEO: Frightened Rabbit – I Wish I Was Sober

Get ready to get hit right in the feels, because Selkirk’s own Frightened Rabbit have just released a video to accompany their brand new track, ‘I Wish I Was Sober‘. The song is taken straight from their Read More