Papa Roach have announced that they’ll be taking both Coldrain and The One Hundred along with them as support on their headline UK tour in March. Check out the poster and full list of tour dates below: 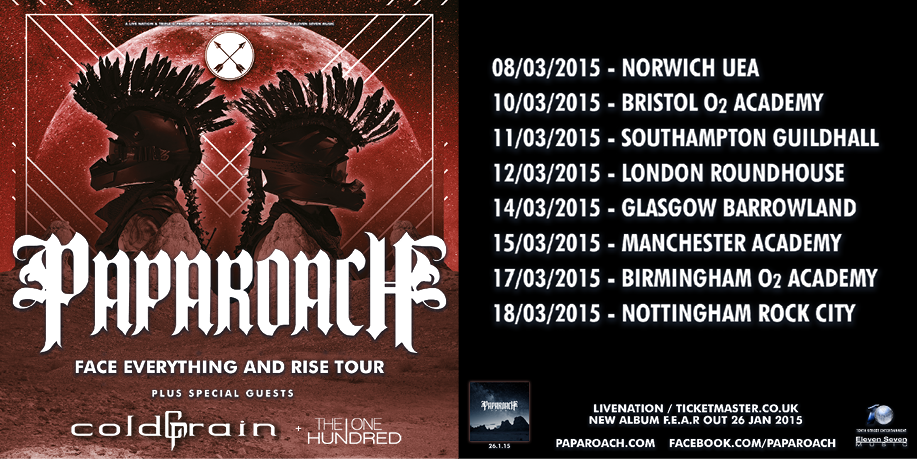 
Tickets for all dates of the tour are on sale now and can be purchased online from www.ticketmaster.co.uk.

Features Editor for DEAD PRESS | Based in MK

VIDEO: The One Hundred – Dark Matters

After dropping a stream of the track last week, British up-and-comers The One Hundred have now unveiled a video to accompany ‘Dark Matters’, the latest cut and lead single from their eagerly awaited debut full-length Read More

After dropping their third album ‘Crystals’ earlier this year, Eskimo Callboy have confirmed they’ll be heading over to the UK for a headline tour in October, with support from The One Hundred and Cabin Boy Read More

NEWS: Papa Roach to perform ‘Infest’ in full for its 20th anniversary!

Papa Roach’s debut record ‘Infest’ has long been awarded the legendary status, and to date has only ever been performed in full once at the Roundhouse, London for its 15th anniversary. Read More

Features Editor for DEAD PRESS | Based in MK