Former Faith No More/Bad Brains frontman Chuck Mosley has just announced that he is coming to the UK in September as part of his ‘Reintroduce Yourself’ world tour.

He will be performing an retrospective acoustic set, and you can find all the dates announced so far, with more to be announced: 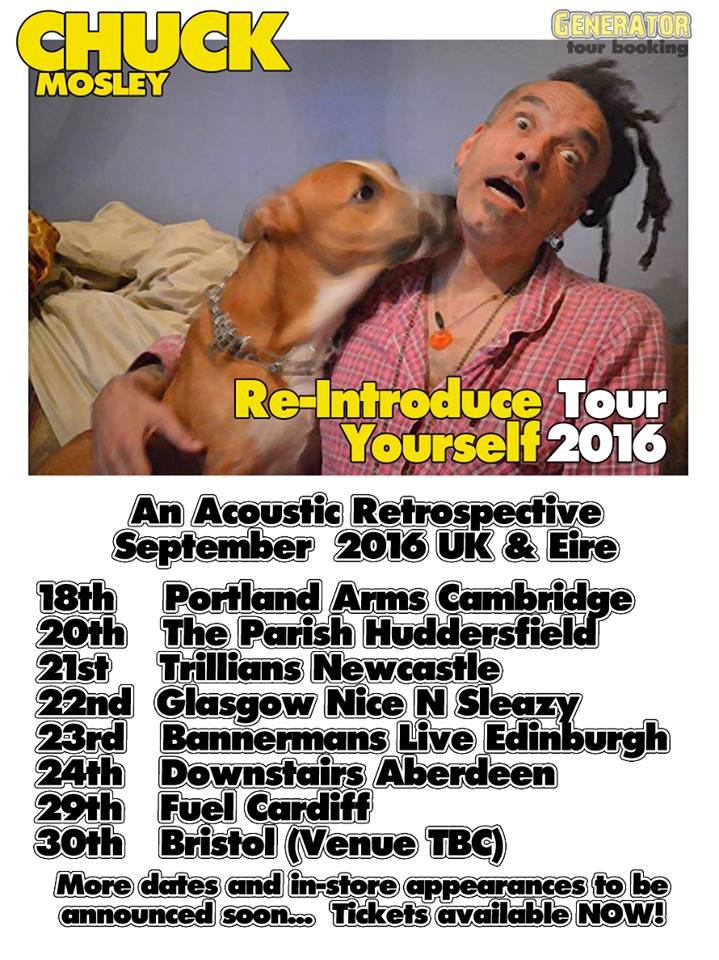 TRACK-BY-TRACK: Loathe – I Let It In And It Took Everything

NEWS: Malevolence detail new EP, ‘The Other Side’!