Following on from the success of their crowd funded EP ‘Death Walk’, Scottish metallers Bleed From Within have announced the dates of an intimate UK this February and March. You can find out where they will be playing below: 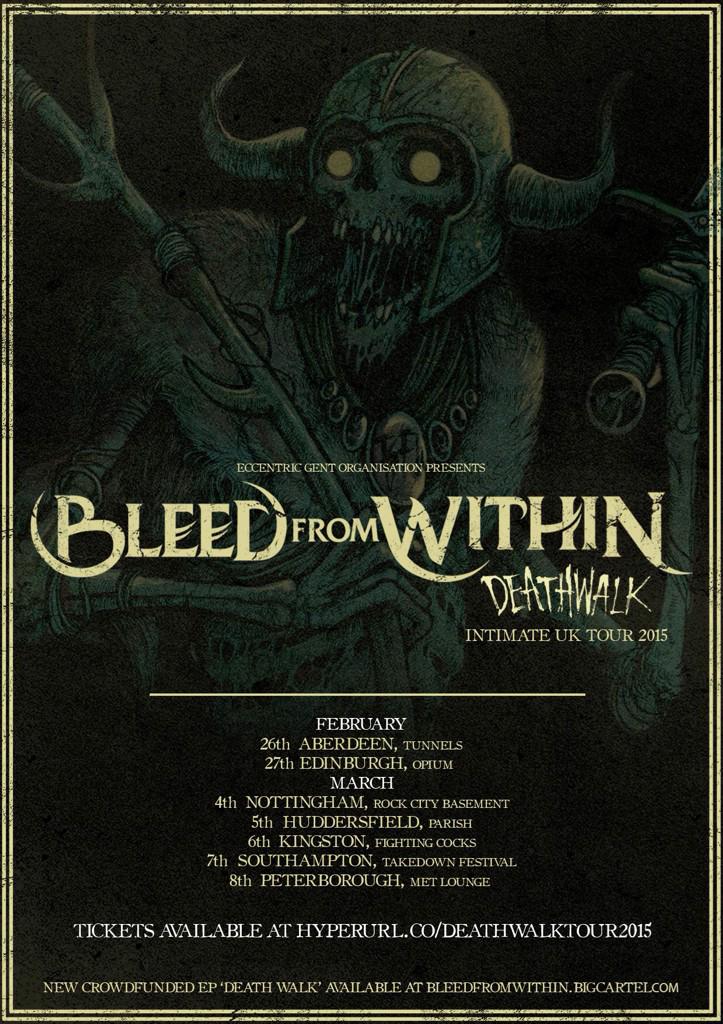 Canadian hardcore punk darlings Cancer Bats are ones to go hard when it comes to touring schedules, and that certainly hasn’t changed with the news of an extensive tour across the UK early next year. Read More

Welcome to part two in a series of features previewing this year’s Download Festival. Each week, we shall be looking at a particular genre or scene that will be represented at the festival. You may Read More

Liverpool’s newly birthed Radstock Festival have now added a further 12 bands to the line-up of their debut next year, adding the likes of Don Broco, Bury Tomorrow, Bleed From Within and many more to Read More

VIDEO: Bleed From Within – I Am Oblivion (Live)

Metal heavy hitters Bleed From Within have unveiled a live video of their track ‘I Am Oblivion’, taken from their performance at this years Throwfest. Check it out below. Tony Bliss

NEWS: Bleed From Within release preview video for their new album, ‘Uprising’!

Scottish metallers Bleed From Within have released a preview video of their upcoming full-length album, ‘Uprising’, featuring samples from all the tracks. Check it out below: Tony Bliss

NEWS: Bleed From Within announce UK tour for November 2021!

Scottish heavy hitters Bleed From Within have announced details of a headline UK tour, which will take place this November following a stint in mainland Europe. Read More