Japanese pop-metal sensation Babymetal will headline London’s SSE Arena Wembley on April 2nd 2016, in what will be the band’s first bill-topping arena show on these shores: 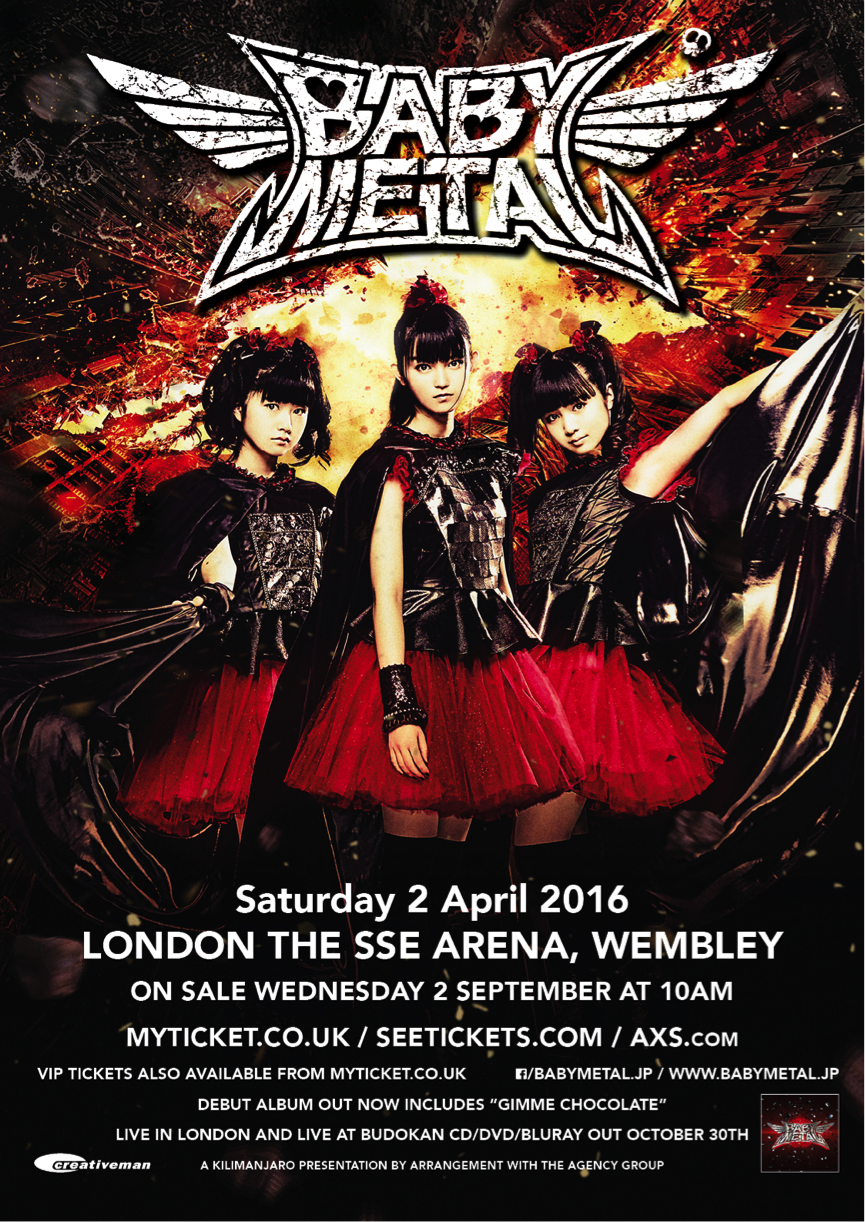 Tickets will go on sale next Wednesday (September 2nd 2015).

The organisers of the legendary Reading/Leeds Festival, which will take place over the weekend of August 28th-30th, have now confirmed the names of four more acts for its 2015 bill. You can find the new Read More

Before they return to the main stage at Download Festival next month, Japanese metal idol giants Babymetal have surprise released a brand new single, ‘Distortion’, which sees the band’s first video completely void of featuring the three lead members or their backing band, but plenty of giant warriors. Read More

Soon to fill out London’s Wembley Arena with a headline slot in a couple of months, Babymetal have now confirmed details of their sophomore full-length ‘Metal Resistance’, which is set for release on April 1st Read More

In some tragic news so early on in the year, Babymetal guitarist Mikio Fujioka, known far more commonly to fans as Ko-Gami, has sadly passed away earlier this week (January 5th 2018) at the age Read More