The Color Morale, on track to release their 4th studio album, keep going from strength to strength and have amassed an immense following since their album release back in 2009. Currently on Warped Tour over in the US, they will be releasing their newest album ‘Hold On Pain Ends‘ on September 2nd, just before coming over to the UK to tour with The Word Alive. EVERLONG (from Punk Goes 90s 2)
With a reputation of being one of Foo Fighters‘ best songs, Garret Rapp powers through it amazingly alongside drumming from Steve Carey to rival that of Dave Grohl. IN LIGHT IN ME (from Know Hope)
The whole album of Know Hope is chock full of the best lyrics to get you out a bad situation and this is no exception.
SAVIORSELF (from Know Hope)
Saviorself is a shining example of the creative writing skills that are used throughout every song in Know Hope and shows off Garret’s vocal range.
STEADFAST (from Know Hope)
Featuring some immense guitar work that works perfectly alongside the vocals, Steadfast continues Know Hope’s line of inspirational lyrics.
HOLE HEARTED (from Know Hope)
Similar to Steadfast where the guitar works in parallel with Garret’s vocals, but with an immense intro from the drummer Steve Carey and even then, his work cannot be missed throughout.
BURN VICTIMS (from Know Hope)
The first song off Know Hope, Burn Victims kicks off the album powerfully showing off the visceral power in store especially with Rapp’s ability to easily switch between aggressive and clean vocals. WHEN ONE WAS DESOLATE (from We All Have Demons)
Off the first studio album, When One Was Desolate just shows how far The Color Morale have come and how much they’ve changed with more of a focus on unclean vocals.
HOPES ANCHOR (from We All Have Demons)
Hopes Anchor is one of the best songs where it’s all about the instrumentals, where everyone shows the power they hold over what they play. 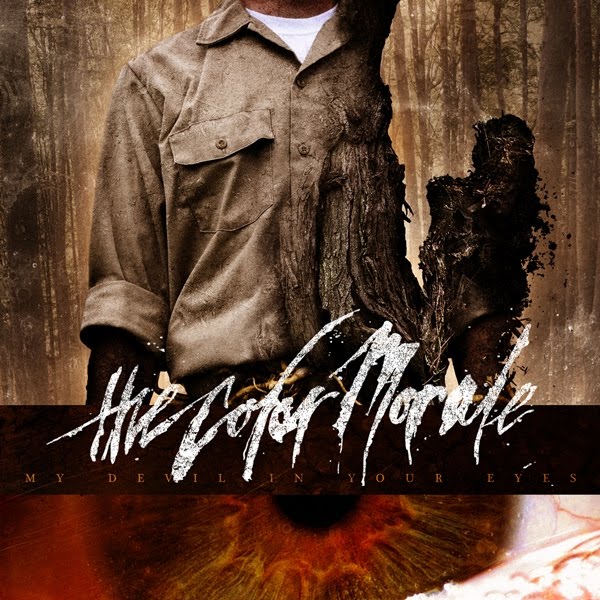 Metalcore unit The Color Morale have released a war inspired music video for their track, ‘Strange Comfort’. You can stream and watch the full video below: Zach RedrupFounder & Editor for DEAD PRESS! | Atheist and Read More

Illinois post-hardcore troupe The Color Morale have unveiled the first track from their forthcoming full-length effort ‘Desolate Divine‘, out August 19th via Fearless Records.  The song is called ‘Walls’ and you can listen to it below: Raimonda Mikelsone

Whilst over on British shores in support of Beartooth and making an appearance at Slam Dunk Festival, The Color Morale have also confirmed a headline show of their own in London to kickstart their UK Read More

Illinois based outfit The Color Morale have just announced that they’ve signed a deal with Fearless Records, through which they’ll release their new album ‘Hold On Pain Ends’ later this year. Vocalist Garret Rapp had Read More

VIDEO: The Color Morale – Between You & Eye

Metalcore unit The Color Morale have unveiled their new video for ‘Between You & Eye’, which is lifted from their latest LP ‘Hold On Pain Ends’, out now via Fearless Records. Check it out below: Read More