Like many of you, I was a teenager throughout the glorious decade of 2000, during which I started getting into music seriously and discovering new bands who in a way made me who I am today. After recently going on a musical nostalgia binge whilst playing my Nintendo Gamecube, I came across a few gems that I hadn’t heard in years. Out of curiosity, I wondered if any of the bands were still going and it turns out there are A LOT of one hit wonders that are not only still touring, but they’re making new music too. So, I whacked together a list for you to scroll through and bask in the glory they once had. Sounding like a watered down version of Static-X, this industrial metal-esque track was featured heavily in video game soundtracks such as WWE Smackdown! Vs. Raw and Tony Hawk Pro Skater 2, and briefly featured in the Adam Sandler movie, Little Nicky. Powerman 5000 have released five more albums since ‘When Worlds Collide’, with their latest full-length ‘Future Builders’ released just earlier this year. Now, technically you could argue that Alien Ant Farm have two hits, ‘Smooth Criminal’ and ‘Movies’, but since they’re both from the same album, I’m going to class them as a one hit wonder. When you think about it, it must suck for the band to have their most successful song released being a cover, but any press is good press, right? Taken from the band’s second album, ‘Anthology’, ‘Smooth Criminal’ was the band’s first single and has been featured in American Pie 2. Though their second single ‘Movies’ was also well received, it never quite got to the same heights and peaked at number 3 on the UK charts. Since then, AAF have made three more albums, with a fifth album, titled ‘Always And Forever’, due to be released this summer. A favourite in rock/metal clubs across the globe, ‘Bodies’ is one of those metal anthems that has and always will stand the test of time. Even though lead singer, Dave Williams, tragically died of cardiomyopathy, a heart muscle disease that was undiagnosed until his autopsy, Drowning Pool are still touring to this day and have produced four more albums. While ‘Bodies’ is a staple track on any ‘Best of Metal’ playlist, the band are yet to create another track that can match its calibre. Still touring and making regular festival appearances, Drowning Pool will no doubt be returning to the UK soon. 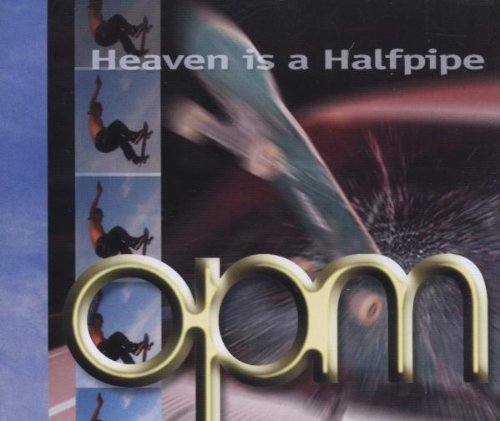 When compiling a list of nostalgic songs, you just have to include ‘Heaven Is A Halfpipe’. You just have to. Despite being released in the winter of 2000, this song didn’t break its way through into the charts until July 2001, making it one of my all time favourite summer anthems. This is OPM‘s debut single lifted from their first album and, sadly, they’re still yet to release a song equally as successful. Still, it’s not through lack of trying; OPM have released three more albums since 2000’s ‘Menace To Sobriety’, along with a handful of EPs too. “Oh god, I love this song! Who’s it by?”, a question that is often asked whenever I’m in charge of Spotify at a party, which is admittedly a rarity at best. To answer your question, the band is Lit and the song is taken from their second album, ‘A Place In The Sun’. Quite often making festival appearances, Lit still draw a decent crowd who stand in silence and politely clap as they patiently wait for them to play ‘My Own Worst Enemy’ and maybe ‘Zip-Lock’, which is just a good a song in my opinion. Having seen them live, not once but three times, I can confirm that Electric Six are still alive and kicking. Like Alien Ant Farm, Electric Six have two well known songs, but since they’re both from the same album, I’m still dubbing them as a one hit wonder. Even though ‘Danger! High Voltage’ is their most successful song, they’re still very much known for their party anthem, ‘Gay Bar’. With an equally suggestive music video to go with a suggestive song, ‘Gay Bar’ is just one of those songs that everybody knows and secretly loves. Both singles are taken from their debut, ‘Fire’ and the Detroit sextet have failed to create another chart topper, even after eight more albums. In spite of this, they’re still touring and are returning to the UK this December for their annual winter shows. No list would be complete without everyone’s favourite anthem of the noughties, ‘Teenage Dirtbag’. Like most bands featured here, it was Wheatus‘ first single from their debut self-titled album released back in 2000. Even though their later stuff hasn’t been as successful, this hasn’t deterred them and they’ve gone on to release another five albums since. ‘Teenage Dirtbag’ is actually bigger than Wheatus, and has been covered by Weezer (just to fuck with peoples’ heads) and will always be one of my most beloved summer anthems. Just watch the video; it screams nostalgia, brimming with L-shapes on foreheads, curtain hairstyles and two-stripe tracksuits. Hell, it even features Jason Biggs and Mena Suvari from the movie the video is adapted from, Loser.

Alternative rockers Lit have confirmed news of their new full-length album, ‘The View From The Bottom’, which will be the band’s first album in eight years. The album is set for a July 2nd 2012 Read More

Both Fozzy and Drowning Pool are soon to be embarking on a co-headline tour of the UK together in April, bringing support throughout the tour from Revoker. All announced dates of the tour are listed Read More

Far from content from just a main stage slot at Download Festival over the weekend, California’s Alien Ant Farm have announced they’ll be returning to the UK for a headline run in October/November, during which Read More

VIDEO: Get Scared – My Own Worst Enemy (Lit cover) (Lyric)

Utah’s Get Scared have unveiled a lyric video for their cover of Lit‘s classic, ‘My Own Worst Enemy’, which is set to feature on the new ‘Punk Goes 90s, Vol. 2’ covers compilation. You can Read More

Release Date: April 8th, 2013 Label: Eleven Seven Music Website: www.drowningpool.com Facebook: www.facebook.com/drowningpool Twitter: www.twitter.com/drowningpool Rating: One hit wonders are much rarer in the metal world than they are in the pop world. It seems Read More

It seems that pop punk heroes Alien Ant Farm are back, with their brand new song ‘Homage’ currently being streamed on YouTube. You can check out the track for yourself via the embedded player below: Josh Palmer