Welcome to part one in a series of features previewing this year’s Download Festival. Each week, we shall be looking at a particular genre or scene that will be represented at the festival. You may have heard some of the more established bands, but these previews may introduce you to similar bands that are in the same vain.

In part one, we shall be taking a look at bands in the alternative metal genre and the recent resurgence in nu-metal: 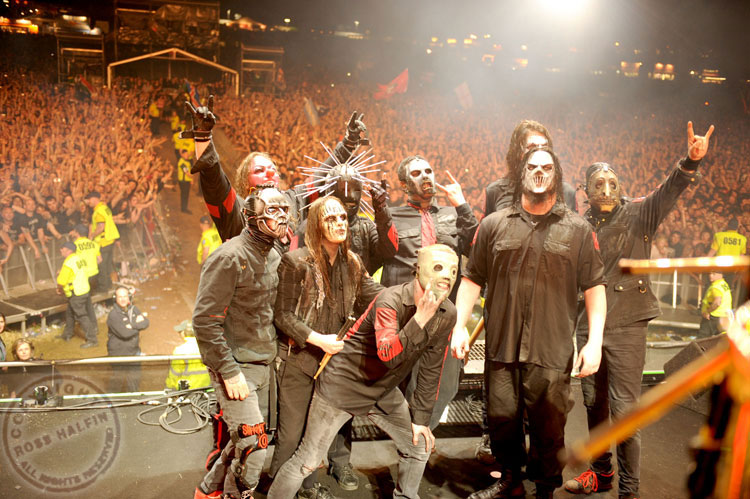 Where?: Jim Marshall stage
When?: Friday @ 9pm
Who do they clash with?: Black Stone Cherry (Zippo), HIM (Pepsi Max), FIDLAR / Fearless Vampire Killers (Red Bull)
Listen: Spit It Out (Live at Download Festival 2009)

Slipknot are arguably the main draw to the festival for many fans this year. 2009 saw the band’s last appearance and their headline set went down in Donington history. It was recorded for the ‘(sic)nesses’ DVD and marks the last time the band performed with late bassist Paul Gray. Expect an intense set that will challenge you not only physically, but also emotionally. Where?: Jim Marshall stage
When?: Friday @ 5:55pm
Who do they clash with?: Volbeat (Zippo), Turisas (Pepsi Max), Blood Command (Red Bull), We Are the Ocean (Jagermeister)
Listen: Freak On A Leash (Live at Download Festival 2009)

Korn continue the trend of bands that shaped your teenage years with Slipknot. 2013 marks twenty years of the band and they’re still going strong. ‘The Path Of Totality’ from 2011 marked a shift in the signature Korn sound to a more dubstep heavy focus, but it’s likely that they’ll stick with the more tried and tested sound at Download thanks to the metalhead crowd.

Where?: Zippo Encore stage
When?: Sunday @ 8:50pm
Who do they clash with?: Rammstein (Jim Marshall), Satyricon (Pepsi Max), Glamour of the Kill (Red Bull)
Listen: Eat You Alive (Live at Download Festival 2009)

Many fans will scoff at the idea of seeing Limp Bizkit, but if you’re willing to drop your intelligence levels for an hour or so it might just be the most fun you’ll have all weekend. Red caps will adorn the Donington grounds for five days in mock tribute to frontman, Fred Durst, and let’s all hope DJ Lethal can make it along too. In 2009, the Biz were one of the bands of the weekend on main stage, but this time round they will headline second. It provides a difficult decision for many, as Rammstein are expected to start midway through Bizkit‘s set and Satyricon will be playing at the same time on third.

Where?: Jim Marshall stage
When?: Sunday @ 1:55pm
Who do they clash with?: Masters of Reality (Zippo), Brutality Will Prevail (Pepsi Max), Huntress (Red Bull), Night x Night (Jagermeister)
Why?: Played a great set in 2009 followed by a repeat in 2010. Original set was cut short due to too many crowdsurfers.
Listen: The Bleeding (Live at Download Festival 2009)

Where?: Jim Marshall stage
When?: Sunday @ 12:50pm
Who do they clash with?: The Ghost Inside (Zippo), Krokodil / Little Caesar(Pepsi Max), Mordecai / Black Dogs (Red Bull), The Graveltones (Jagermeister)
Why?: First UK appearance since band reformed in 2011; Dez Fafara is a Download favourite and will whip up the crowd a storm.
Listen: Loco

Where?: Pepsi Max stage
When?: Saturday @ 1:55pm
Who do they clash with?: Hardcore Superstar (Zippo), Black Moth (Red Bull), Fahran (Jagermeister)
Why?: Nottingham metallers play music melodic in parts and smashing in others.
Listen: Preacher

GRAVIL
Where?: Doghouse stage
When?: Thursday @ 9:30pm
Who do they clash with?: N/a
Why?: Headlining the Boardie takeover on Thursday night are Gravil, who play a varied mix of metal that sounds a little like Lamb of God.
Listen: Enemy Within
IDIOM

Where?: Red Bull stage
When?: Saturday @ 12:25pm
Who do they clash with?: Young Guns (Main), Heaven’s Basement (Zippo), Crowns (Pepsi Max), The Afterparty (Jagermeister)
Why?: Exeter boys play a funky brand of alternative metal that is heavy in parts and progressive elsewhere.
Listen: Beast Of Bodmin

Next week: Metalcore preview, featuring Bullet For My Valentine, Asking Alexandria and Architects.

After wrapping up their 10th anniversary less than 24 hours ago at time of writing this, Download Festival have announced they’ll be releasing a very limited amount of early bird tickets for next year’s festivities Read More

What a hectic week it is already for the organisers over at Download Festival. Along with announcing Ozzy Osbourne as a headliner on Monday (November 6th 2017), they’ve now confirmed that Californian metal outfit Avenged Read More

There are around 150 bands playing this year’s Download Festival across June 13-15, and a fair few of those bands are playing shows around these dates. Not all of them are warm-up shows, but they’ll Read More

NEWS: System Of A Down reform and headline Download 2011!

Metal favourites System Of A Down have reunited from their 2006 indefinite hiatus for a string of European festival appearances, one of which is a confirmed headline slot at Download Festival next year. Avenged Sevenfold Read More

Following the success of last year’s Vodafone festivals app, Vodafone VIP is launching an updated series for the 2012 festival season, kicking off with Download Festival. The free apps will help festival goers plan and Read More